Back in 2015 I was participating in a scavenger hunt and the word I was looking for was 'Curved'.  I decided that I wanted to do something with an Australian flavour.  One of the many ideas that I brainstormed was boomerang.  This got me thinking...  Where do you go to find a boomerang.  A quick Google search later and I had the answer in Rob Croll...  Former world boomerang throwing champion and current president of the Boomerang Association of Australia https://www.boomerang.org.au/.   It turns out that Rob lives in the next suburb to me. So I gave him a call telling him what I wanted to do and he was very happy to help.
To cut a long story short, I asked Rob if he had a favourite boomerang and he bought out this beauty... 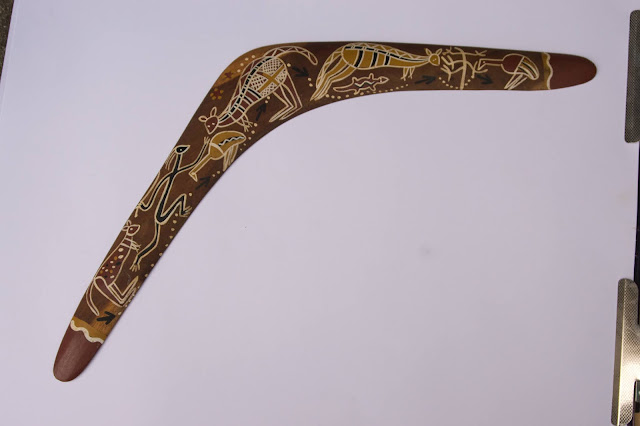 The boomerang above was given to Paul McCartney when the Beatles visited Melbourne in 1964.  They had them on the portico of the Melbourne Town Hall and he threw his into the crowd (The only one thrown into the crowd).  Here is a photo essay from the local paper on the visit (Herald Sun Beatles Photo Essay)  They have a photo here of John Lennon holding another with similar artwork.  It was quite a turbulent time here in Australia.  I was only three at the time so do not remember a lot.
Anyway this is the image that I created.  I basically overlayed the image on a background that I took in the local park and added a little spin to make it look like the viewer was moving with the boomerang 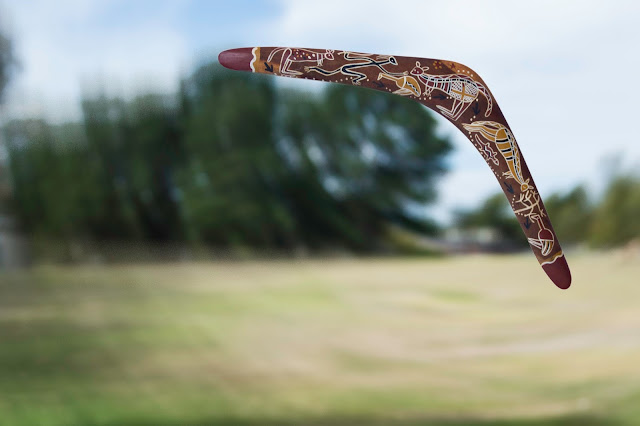