This is the 'Make Magic' round

The words this round are as follows:

For this theme I went with Hansel and Gretel leaving a trail of breadcrumbs to find their way home.  I had the lucky accident of an ant (bottom left) crawling through my shot as I was taking images.  The photo was taken in the Dandenong ranges park early one morning. 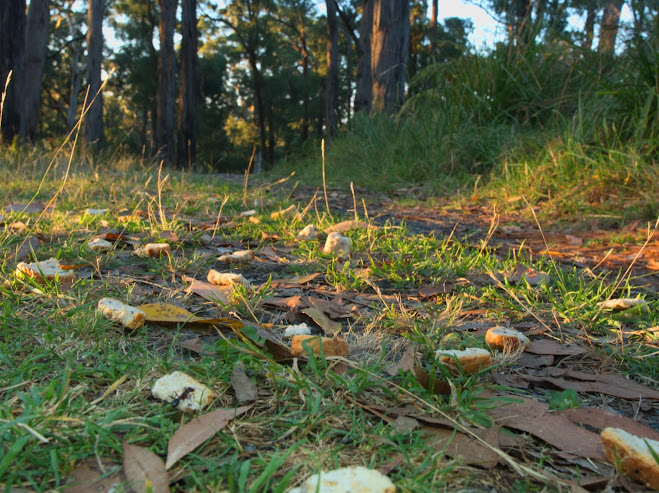 For this theme I was looking for something that wasn't clouds or a boat.  This is known as a Galileo thermometer.  He didn't invent it but rather a group of scientists named it in his honour.  You will find more information here https://en.wikipedia.org/wiki/Galileo_thermometer 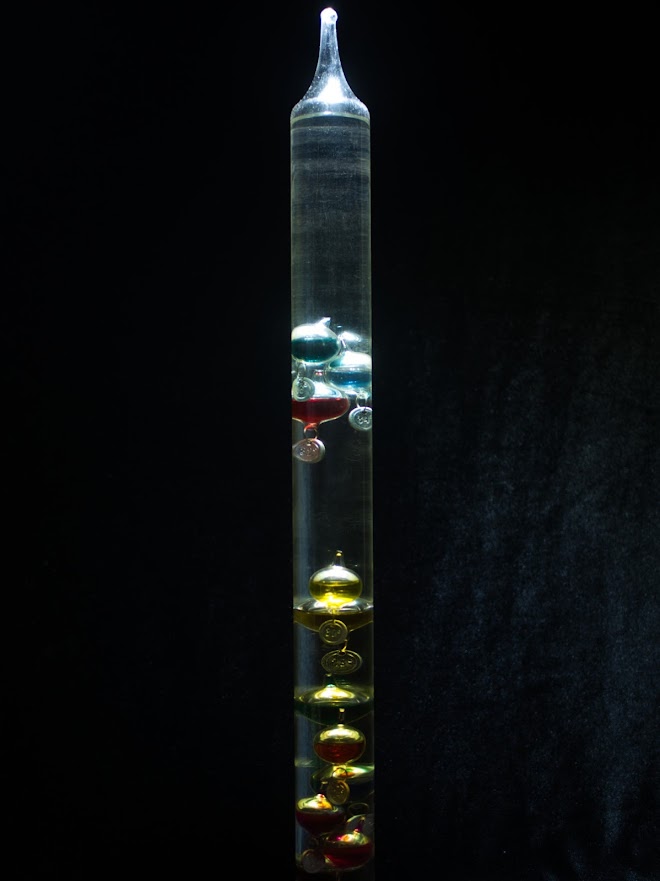 Words are not required here except to say I went looking for the brightest teeth I could find.  I wanted them to shine like a beacon. 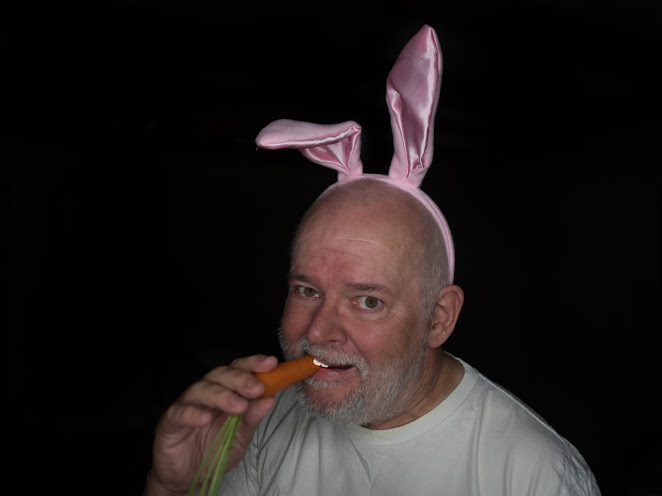 I think this was the most fun one to photograph.  Certainly the most messy to create.  This is oil, water, ink and bubbles in a flat glass baking dish lit from the side and below.  I used my Laowa macro lens to get in really close to the action. The results remind me of the psychedelic scenes towards the end of 2001 a space odyssey. 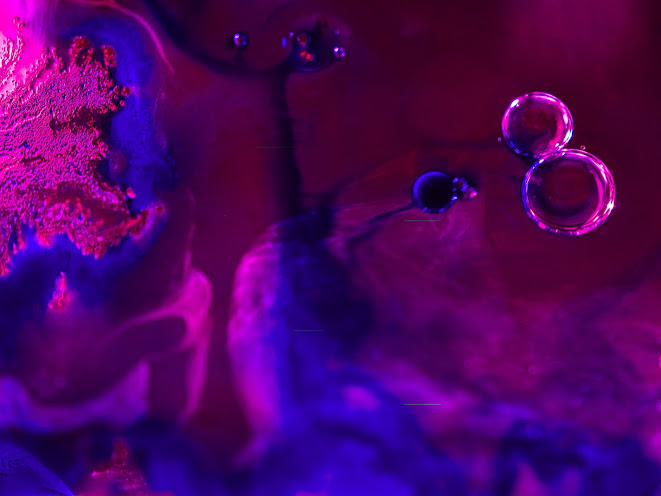 This one was the easy one for me.  I wanted a new profile shot for work...  Certainly better than what they take.  This is the result.  I don't think it would look out of place on the dust jacket of a book.  All I need to do is write one. 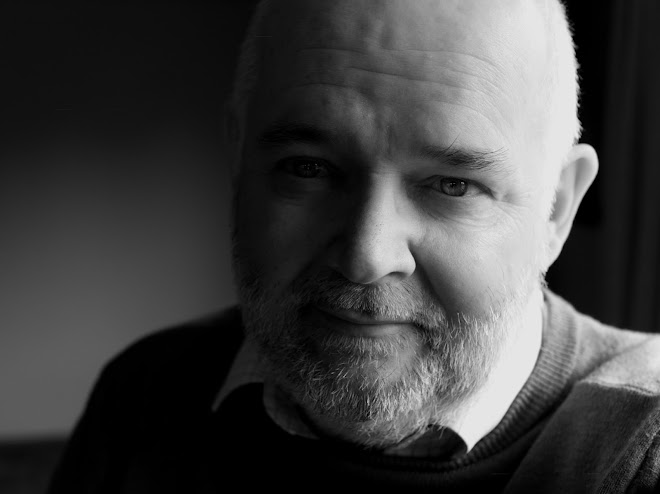 What is more sparkly than a sparkler...  Nothing really.  For this image I had the room totally dark with a black background for good measure.  The sparkler was held in place with bluetac, the sparkler was lit and I just kept shooting until I was happy with the result.  I used a 25mm f1.8 lens with a very small distance to the flame.  this gave me the out of focus bokeh effect the further from the centre of light you travelled.  I think it worked well 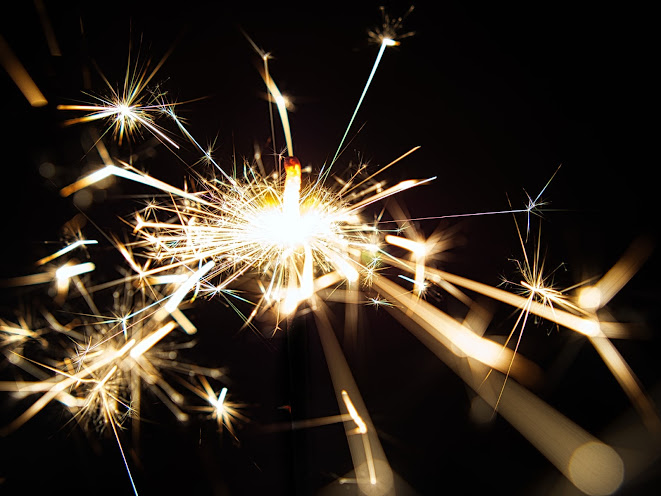 This was taken in our newly renovated kitchen.  I had other ideas for tea and it wasn't working out and was making a coffee one morning when I saw simplicity.  The caption on the teabag was a happy accident.  Nothing gets between Penny and her first cup in the morning.
"I'll love you more once I've finished my Tetley" 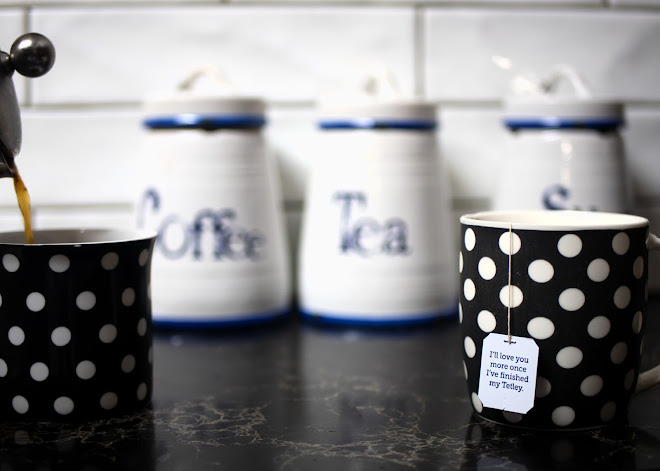 While playing with ink, oil, water and a lens dust blower I accidentally created this magnificent teal visual.  I have no doubt it would make a good neutral desktop background. 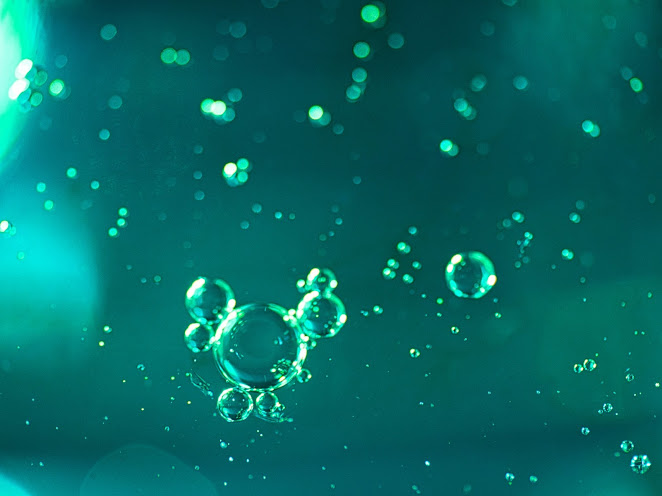 For this theme I went off on a tangent.  Here is me listening to a great album by Talking Heads...
'Little Creatures' 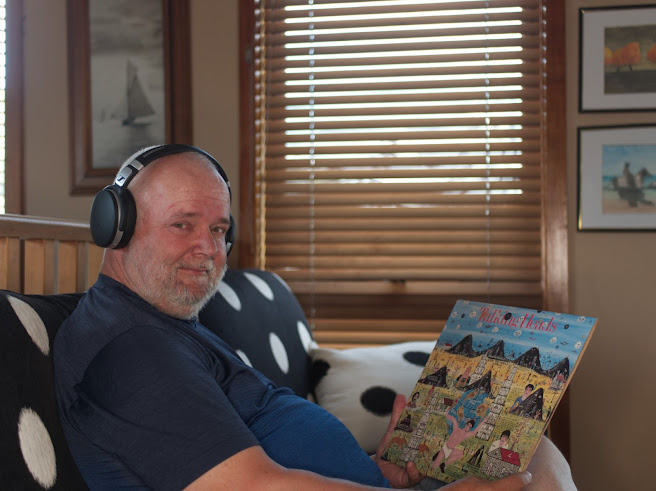 This could not be just any window.  For this image I visited one of my favourite places in Melbourne to take photos.  The National Gallery of Victoria has this magnificent water wall as it's entrance.  It has been a feature of this magnificent bluestone building since it opened in 1967.
Other things to see while there are well known art from around the world and the great hall of the people with it's huge stained glass roof.  Nothing can prepare you for this site.  Best seen lying on your back and looking up. 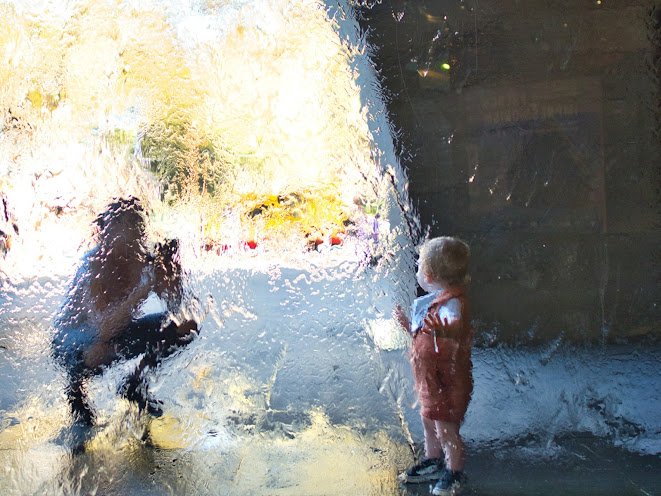