Word of the day - Sunshine

Here is an image from our last trip away late last year.  This was taken at Port Fairy beach early in the morning back in December. 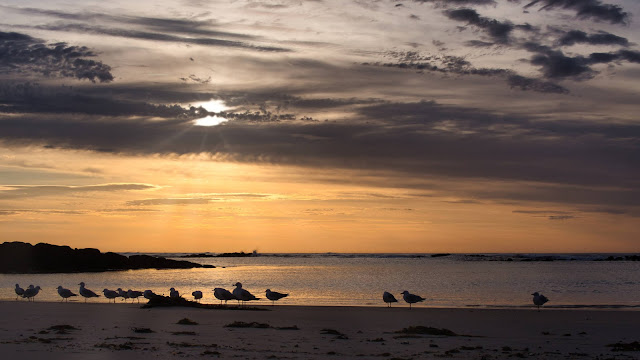 Over in the scavenger hunt community Lauri has set a challenge between hunt rounds as follows
The challenge: Go back through your rounds of hunt images, choose one you feel like you could have done better with or differently or had a better idea.
Create or re-create that image. Share the original image and the re-shoot. Tell us about it, what word it is, why did you choose that image, what did you do differently, what did you learn?
As it turns out I had already gone through this exercise with the word "Bliss" from round 15.  Here is my original image.  No surprise...  It did not win. 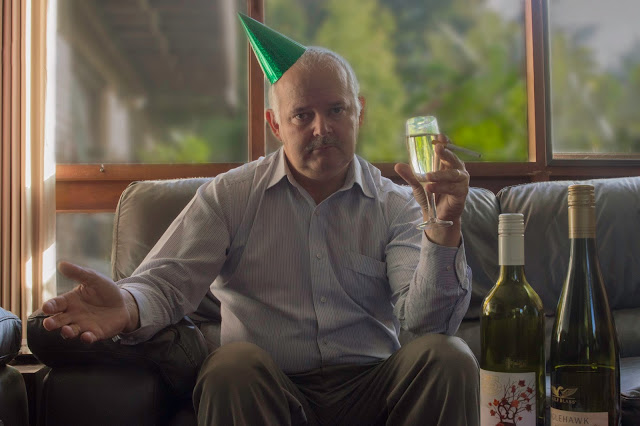 The inspiration for this image came from the 1985 Australian film of the same name called Bliss.  The scenario is the main character Harry Joy is at a party totally unaware that he is about to die.  Here is a link to a clip to the scene where he has an outer body experience
https://aso.gov.au/titles/features/bliss/clip1/
As you can see from the clip there is actually a lot more detail in the original party table scene than I had used.  Mine in hindsight is quite basic.  So in round 23 another word came along "Photographer" so for this word I decided to show the behind the scenes on how an image might come together while also recreating my original Harry Joy image at his birthday party.  The next image shows the setup on the table and was the image that I used in the hunt. 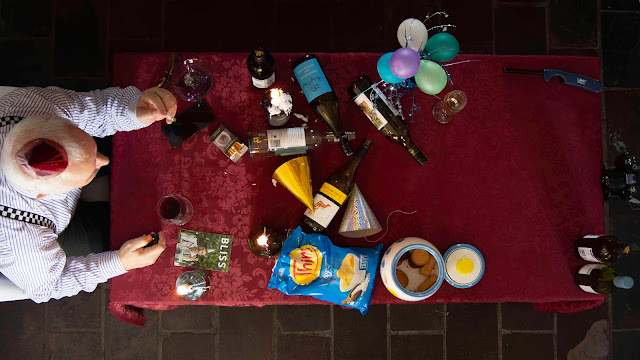 On the table you can see an advertising image (below) for the play that I used to setup my scene.  I realised later that I had used the wrong colour party hat :)  The image was taken with a camera strapped to a baluster on our upstairs landing using a remote that you can see in my right hand. 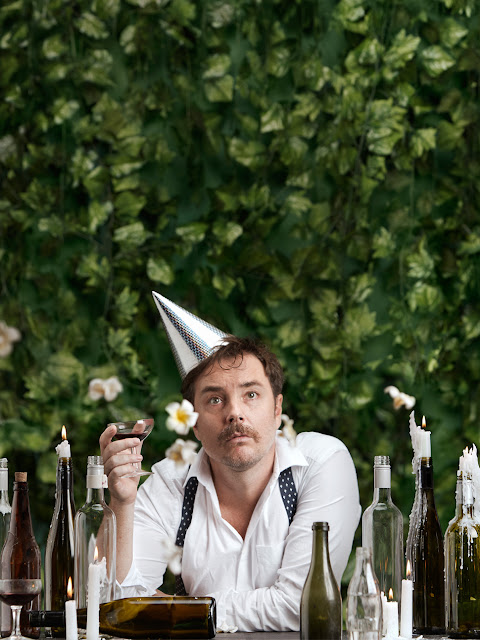 This caused me to re-shoot the image once again to end up with this as my final recreated bliss image.  To get this image took quite a lot of planning.  I had to grow a moustache, find a set of braces, drink lots of wine to get the bottles.  For the background I simply walked out to our front door and took some out of focus foliage. That stunned mullet look was difficult to make and where on earth do you get cigarettes from (I don't smoke).  Apparently you just ask a smoker :) 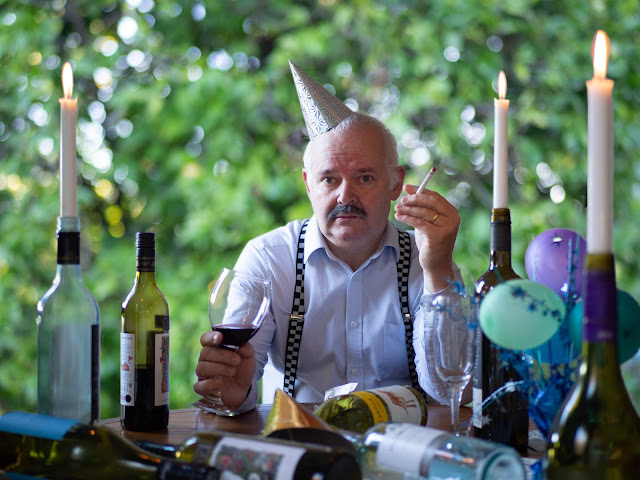 Overall playing Harry Joy was well joyful :)
If you haven't seen the movie it was fun if a little confrontational.  In the end it has a good message about conservation.
Posted by Greg at 7:16 AM 2 comments:

Jonquils from the front of our house.  I was coming home from my walk yesterday and saw them leaning over almost touching the ground.  Decided to give them a new home inside. 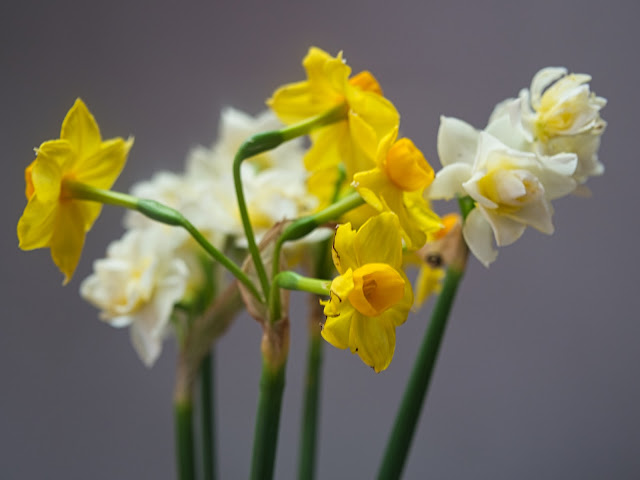